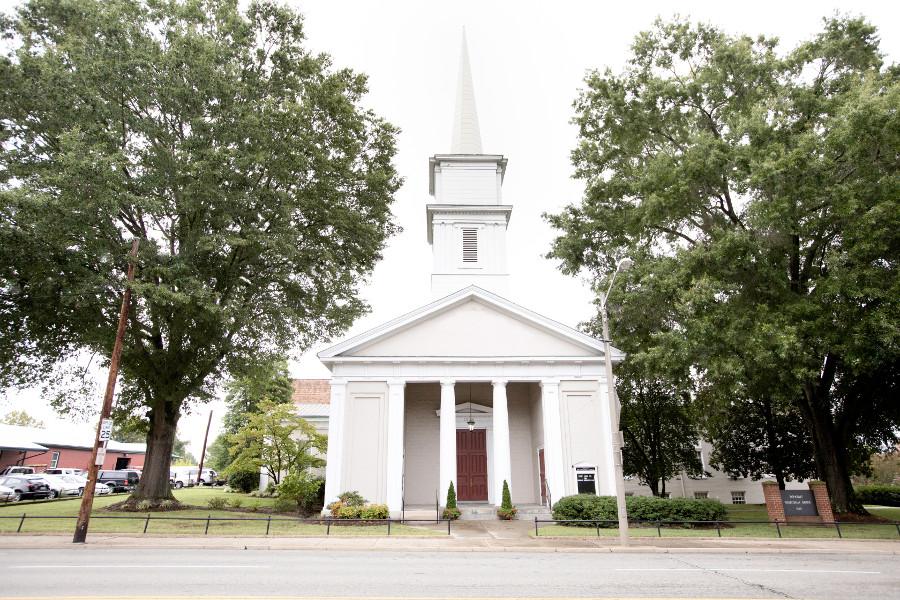 Our Mission Statement is “We exist to actively and creatively share the love of God each and every day.” The congregation is welcoming and caring, and varied in the ways we live out that statement.  Some show love by attending worship; some by making phone calls to shut-ins; some by taking part in one of our mission activities. But through it all, we seek to be supportive of those in the congregation and in the community. As a church we strive to serve people from all walks of life in this modern, struggling, ever-changing society in which we live.

Farmville Presbyterian Church has a long and storied history — at the same location since 1828, chartered as a congregation in 1844, building redesigned in 1858.  It served as the site for a prayer service on April 16, 1865, for Union soldiers who were grieving the assassination of President Abraham Lincoln, and 150 years later we remembered and honored that service by having another one to celebrate our oneness as the body of Christ.

We continue to live into our history by worshipping God and enjoying God’s presence.  We are honored to worship in an historically blessed sanctuary, but we also worship outside twice a year to take in the beauty of God’s creation.  We extend our worship by ministering to the community in which God has placed us, as well as seeking to participate in our denomination’s work of healing and reconciliation in the world.   Among those who come into our doors and then out into the community to serve our residents of the area are students and staff from Longwood University and Hampden-Sydney College. We support students of all kinds of schools as they make their way to adulthood.  Our local mission projects include Habitat for Humanity, Meals on Wheels, Madeline’s House, and the local food pantry (FACES). Members not only support these needs financially but also are individually active as volunteers in local benevolent, civic, and public health institutions. Heifer International, Operation Christmas Child, and disaster relief are among our international mission projects. 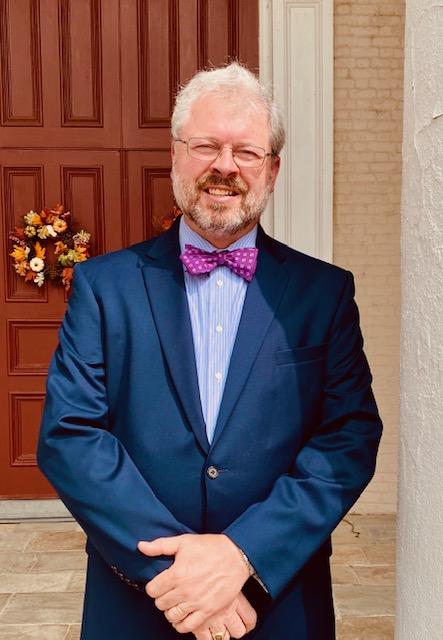 Pete received a Doctor of Ministry degree in 2009 from Union Presbyterian Seminary in Richmond, Virginia.  His work was on building collaboration among local community clergy.  He has previously served churches in Blackstone, Virginia; Lexington, Virginia; and Guston, Kentucky.  Before coming to FPC, Pete was the Director of Elections for Amelia County for two years and regularly served as a pulpit supply to churches across the Virginia countryside (including at FPC).  Pete received his Masters of Divinity degree from Louisville Presbyterian Theological Seminary in Kentucky in 2000 and a Bachelor of Arts in Greek and Latin from Hampden-Sydney College in 1994.  Before entering seminary, he was a Latin teacher in Chesterfield and Prince Edward County Public Schools.  Pete and his wife, Anne, were married at the Hampden-Sydney chapel in 1995.  Anne is a Physical Education teacher at the Nottoway County High School.  Their family is rounded out by their three daughters, Hannah, Grace, and Rachel. 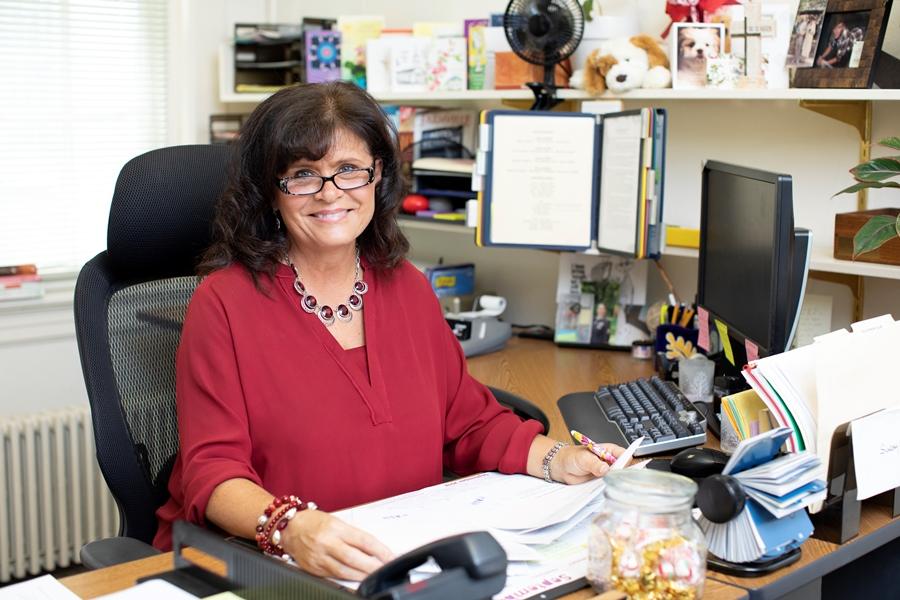 Cherie Blevins has enjoyed serving as the office administrator for Farmville Presbyterian Church since April 2016. She moved to this area from her home town in Christiansburg, Virginia. After attending New River Community College, she began a career with the Virginia Tech Credit Union as a senior loan officer. In May of 1992, she started a family business, Blevins & Blevins Inc., which is still operational today and managed by her son, Kyle and his father.  Cherie feels blessed to serve on staff here at Farmville Presbyterian Church. It has been rewarding and helped her grow even deeper in her faith.

Dr. Curtis Ryan Smith began his piano studies in his hometown of Macon, Georgia, where he received his first lessons from concert pianist Louise Barfield. He received his Bachelor’s of Music from the University of Cincinnati College-Conservatory of Music (CCM), his Masters of Music at the Jacobs School of Music at Indiana University, and his Doctorate of Musical Arts from CCM. His teachers have included James Tocco, Edmund Battersby, and Eugene and Elisabeth Pridonoff. He has also received additional training from Harvey Wedeen, Norman Krieger, and Michael Coonrod. He studied organ literature, performance, church music, and hymnody with Dr. Marilyn Keiser, and is a certified member of the American Guild of Organists.

In addition to performing, Dr. Smith is an enthusiastic teacher. He currently serves an Adjunct Professor of Piano at both Randolph College and Liberty University in Lynchburg, Virginia, Hampden-Sydney College in Farmville, Virginia,  in addition to his own private teaching.

In addition to the standard repertoire, he is also an enthusiastic champion of lesser-known works, featuring composers such as William Grant Still, Benjamin Britten, and most notably, the piano works of his namesake composer, the late pianist-composer Curtis Curtis-Smith. Dr. Smith is also an active chamber musician, collaborative pianist, and soloist. He is married to concert pianist Dr. Woori Kim Smith, with whom he performs in the piano duo Les Quatre Mains.

Dr. Smith has sung in, conducted, and accompanied church choirs of several denominations as a choral scholar and section leader for more than a decade, and is thrilled to serve the musical ministry of Farmville Presbyterian church. 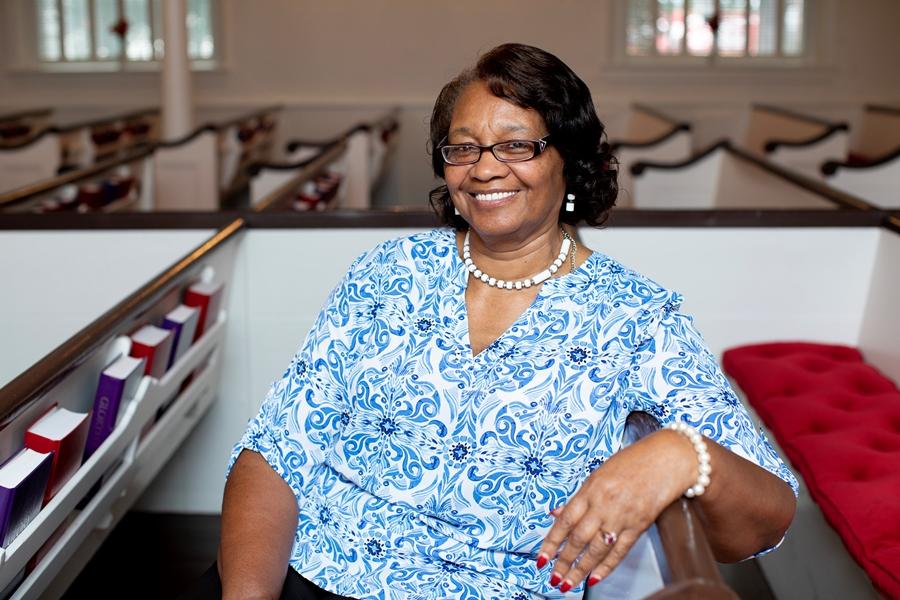 Nannie lives in Cumberland County and has two brothers and one sister, one daughter and one son (both married), five grandchildren, and two great-grandchildren. She retired in 2012 after working for 35 years at Longwood University as a housekeeping supervisor and has been at Farmville Presbyterian Church for the past 15 years. We are thankful for all of the hard work she does to keep the church nice and clean.